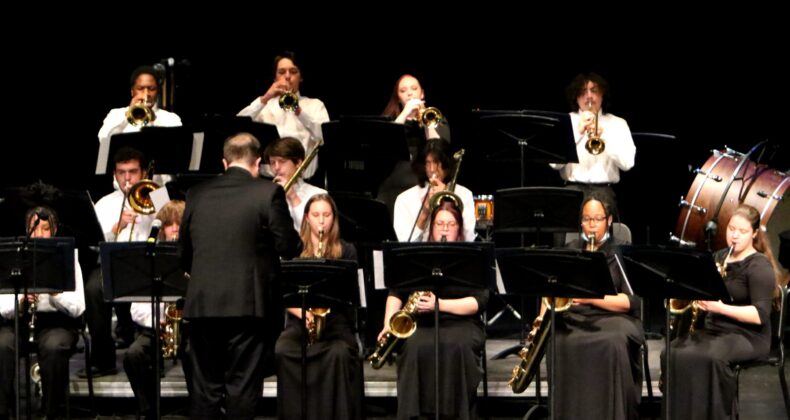 Washington High School has two levels of concert band and jazz band available to students. From August to October, all band members participate in the Warrior Marching Band.

Wind symphony is the top concert band group at Washington. Auditions for the group happen early in the beginning of semester one each year. Any grade level may auditio

The WHS wind symphony was the featured 4A honor band at the 2003, 2007, 2010, and 2014 Iowa Bandmasters Association Convention. In addition, the wind symphony remains the only Iowa band to be invited to perform at the prestigious National Concert Band Festival in Indianapolis in 2008.

Concert band is a non-auditioned group at Washington that focuses on fundamental student development of musical skills. The group performs from December through May, finishing with a performance at large group contest.

The Revolutionists jazz band is Washington High School’s top jazz band. Auditions for this group happen early in semester one and are open to grades nine through 12. This group focuses on advanced jazz band literature that spans early jazz to present day.

Revs was the featured jazz band at the 2009 and 2006 Iowa Bandmasters Association Convention and has been invited to perform at the Iowa Jazz Championships for 19 consecutive years. Revs has won first place at the Northeast Iowa District Jazz Festival 15 of the last 17 years.

Jazz Also is the second jazz band at Washington. Auditions for the group happen early in semester one and are open to grades nine through 12. This group focuses on learning how to improvise, swing, and play jazz music as a group.

Auditions for wind symphony, Revolutionists, and Jazz Also all happen in the first few weeks of semester one.

Drumline and color guard auditions typically happen in May and the groups meet several times over the summer to prepare for marching band in the fall.

More specific information will be sent to your middle school band director later this year about these auditions.